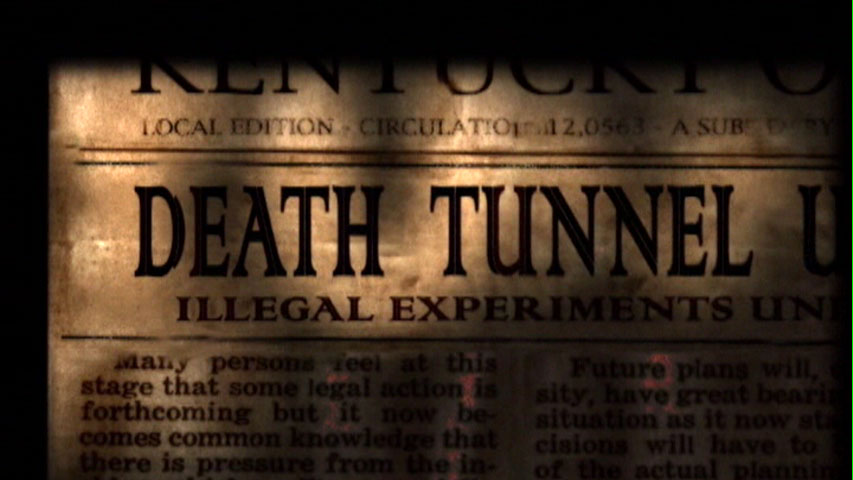 For a while, I thought I was getting soft. It seemed that I was hard pressed to find a movie I didn’t like; I mean in the b-movie circuit anyway. After classics like Zombie and Brain Damage, I grabbed a bunch of Shot on Video DVD’s thinking I’d get more of the same. After watching the Camp Blood series, I knew there was a lot of junk out there, but in time, I found a weird love for even the new generation of poorly made movies.

I think it was mainly the self-referential nature of them, or the fact that they thought that they could rebuild the now lost art of true horror movies, but just ended up making more cliché ridden attempts. But now I’ve found that there are still some movies I just don’t like. I guess I just didn’t look hard enough. 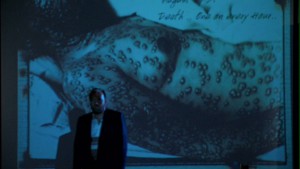 So what he have here is a few examples of what just doesn’t work. First up is a college cast. Well a college-to-look cast in any case; you know the generic group of the annoying blond, two brunette sidekicks of possibly ethic diversity, but not enough to deviate too much from whiteness, and then your jocks and tame girls. Basically the cast of most teen movies, but this is a horror movie.

Check two: Use of loud sounds, children laughing, things jumping out by speeding up the film, shadowy people walking away from the camera. I think I first noticed this in the 13 Ghosts remake, and it annoying was adopted ever since in an attempt to not have to really scare you. Ghost tales can be the most disturbing because you don’t see what’s out there, but it only works when executed correctly. 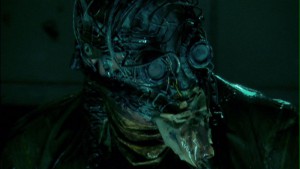 Check three: Acting. Here’s the difficult line. Often I like bad acting, but here it’s just beyond bad. In a way that isn’t campy or silly. Granted they didn’t try to make it silly, which I guess could have been even worse since trying to make a bad movie gets you in a lot more trouble. The movie does want you to think it’s genuinely scary, and I’m not sure why. It’s prefaced with notes about how this is a true story. In a sense it’s true since the building is a real place with a real history, but I guess that’s where the ‘based’ on a true story comes from.

I suppose I need to get to the plot at some point, so here goes. There’s two plots actually. The first is the pseudo-historical aspect which is summed up in the opening slide. This is great since it provides everything we need for the movie here on out. Unfortunately we then have a short clip from the middle of the movie thrown in to keep us guessing, then the title credits set to five minutes of news paper clippings again going over the history. Then another flashback outlining some vague character backstory that transitions into the present day classroom where the professor is teaching about…the history of the sanitarium. In case you forgot of course, but we get to see stock photos of lesions and that’s okay by me. We then get a few more examples of stock footage and then it’s further explained towards the end when more news clippings are found mixed in with files in the medical records room. 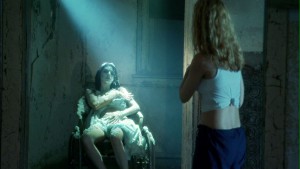 The history, by the way, deals with the White Death or something and how hundreds died at this sanitarium, and others were experimented upon, making it a relatively bad choice of sleepover location. So then we move onto the main plot. Five college people are chosen (forcefully drugged and kidnapped, but we won’t worry about the legal aspects) to spend a few hours in the sanitarium. After spending some time at a party so we can be introduced to the cast, everyone wakes up and starts wandering around and/or dying. It may have been better had I been able to tell people apart, but he generic twenty-somethings who were cast just looked too much alike.

As we progress throughout the movie, we learn more about the characters and the connections to the original sanitarium crew. These range from being patients to owning the place to being the great-grandson of the crazy head doctor. He of course shows up and explains why he was ridding the work of the sick. It was a noble cause of course. Then we have some more deaths and a weird ending that didn’t make sense.

So um, in the end you see some sped up ghosts, blurry children shadows playing ball, and some way too serious overacting. Certainly was scary, but then again I don’t think that was the point.