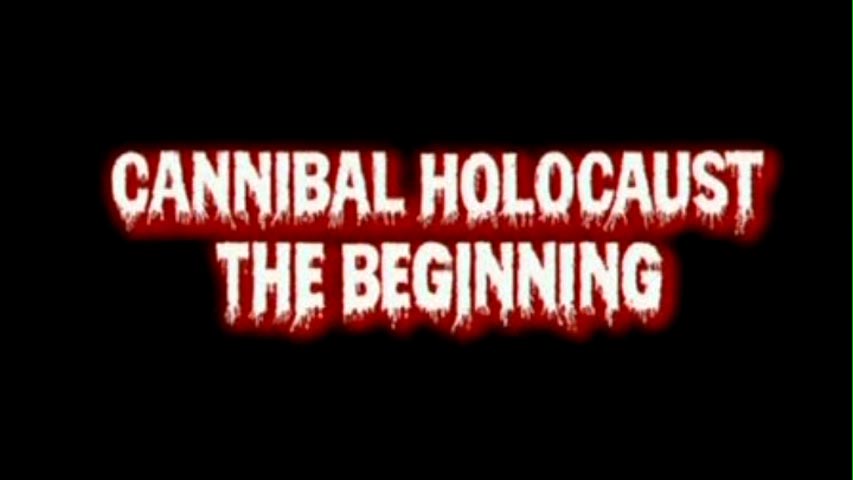 Cannibal Holocaust. Once an underground nasty, it’s almost been mainstreamed during the DVD revolution. For a while I suppose it still ducked the public eye since only one distributor was selling it, but now you can find it at FYE. A disappointing situation if I ever saw one. So as with anything remotely popular, remakes are bound to happen. Even the 1930’s Freaks was redone lately. So despite an official version of the greatest Cannibal movie of all time coming out ‘sometime’, a little digging will reveal that two were already produced sort of redoing the movie.

The first was Welcome to the Jungle, which I will get around to reviewing once I punch myself in the face to the point that I can’t be held responsible for my actions. The second is Mondo Cannibale, or Cannibal Holocaust: The Beginning. While the former was made on no budget by some random fans thinking they’re going to recapture the glory days, they just ended up creating a self-referential piece that had way too much ‘leave the camera on and hope something happens’ syndrome. 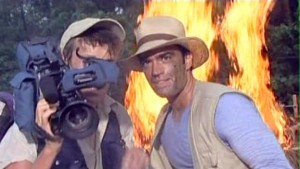 Now while ‘Cannibal Holocaust: The Beginning’ should really be named ‘Cannibal Holocaust: The Copy’, as it lifts the plot pretty much from the original; it in actuality does go off on its own at times, only keeping the large plot points intact along the way. This movie however is created by none other than the great Bruno Mattei who was copying Cannibal Holocaust back in the early 80’s anyway even when trying to make a Zombie movie, so this isn’t anything new.

The main difference between this and Welcome to the Jungle, is that rather than being a young fan, we have a movie created by one of the last remaining godfathers of Eurotrash. No matter what happens, he will show the young-uns how it’s done. And credit is certainly due since many of the greats have developed a case of death, or worse just started making decent films. The exception is Jess Franco of course who, in an attempt to make 5000 films in his lifetime, is still churning out truly bizarre movies. I use the term loosely, but his original movies weren’t a whole lot different. After watching Vampire Junction (and by watching, I mean turning off), I walked away a cried to myself in a corner. 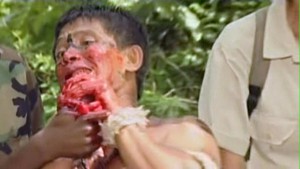 So while the movie treads on familiar ground, it did convert to video, so the grainy 70’s look goes away a bit. However the color treatment and stylistic choices were able to bring back some of it. Most of the shock has disappeared. We still get some gut chomping and a lizard gets chopped up a bit, but the natives rather than being genuine indigenous people, just have some odd body paint and act a bit over the top, in a bad way.

Moving on to the main cast finally, we have Grace Forsythe, who’s show is about to be cancelled due to low ratings. So in an attempt to regain airtime, she needs to give the audience something great. Now with the original, you had a group of young filmmakers who just wanted to do anything to get the shot. In this case, Grace is acting more like Faye Dunaway’s character in Network. 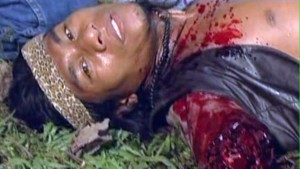 The rest of the cast is just sort of going along, and when Grace decides to up the ante by creating a lot of the onscreen disasters, they are all too willing to join in once they get a taste for it. Now their attitudes to fluctuate a bit based on the situation, and don’t always seem consistent, but it is what it is.

If you’ve seen the original, you can imagine how it goes. Only instead of seeing found footage from the rescue attempt, there is a live feed back to headquarters so the producers back home follow the story as it unfolds. This add a new element, since the execs have the chance to stop things as they start to get out of control. The choice is whether or not to let it go on, rather than to just air the footage created at great cost to all parties.