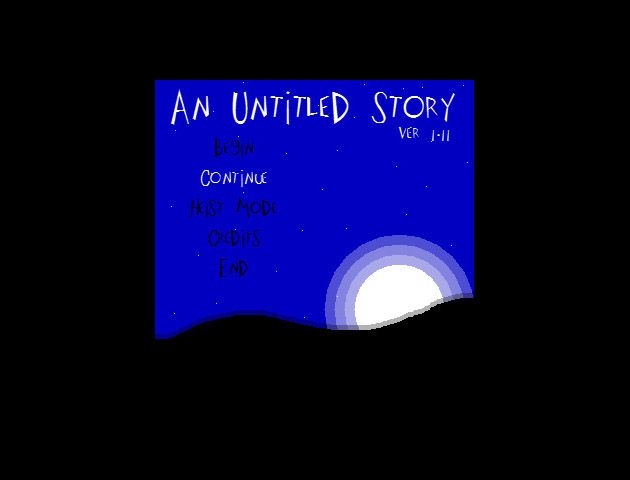 There really isn’t anything like the sense of accomplishment one feels when playing an action/exploration game. Games like Metroid put you in bizarre world with bizarre alien life forms and no real direction to go in. With every new hostile alien encounter came a new victory that was yours solely. No one explained to you what the enemy’s weakness was and no one really told you how to win, you just did it and you succeeded…hopefully.

An Untitled Story borrows several cues from the Metroid series and others like it (i.e. any Castlevania games post-Symphony of the Night games). There really isn’t much in the way of storytelling, but a cohesive narrative is certainly implied. That is to say, there was clearly some thought regarding the world of the game and the role you play as a sentient egg (and later a chick), but the game doesn’t allow itself to get too bogged down with the narrative. You’re an egg that can roll around and jump, bam, we got a game! 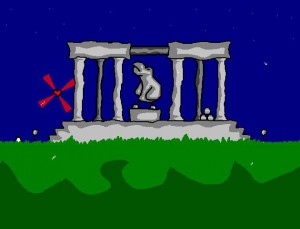 In addition to jumping and moving, your egg can also obtain various upgrades in the form of blue orbs that allow the player to perform different abilities. Various upgrades include double-jumps, shooting projectiles, and speed boosts. While not every upgrade is essential to your progress, you’re going to need more than a few if you want to navigate the maze-like world. The world is also littered with health upgrades which manifest in the form of floating red hearts. Just as their name implies, they upgrade your health allowing you to withstand greater amounts of damage from the various hazards of the world.

With the exception of bosses, there aren’t a lot of sentient life forms that want to get in your way and any you do encounter are easily dispatched. While there isn’t any real incentive to killing these foes, occasionally they will drop ‘crystals’. Crystals are the collectible currency of the game which you can trade at a store for various upgrades that you can’t find out in the wilderness. The currency does add another layer of depth to the game play, but it proves to be a frustrating one. Things you want to buy are often very expensive and crystals are tremendously rare as not every enemy you vanquish will drop them. There’s an upgrade you can obtain in order to increase the odds of enemies dropping crystals, but this upgrade alone is only accessible through one of the most grueling sequences of the game. 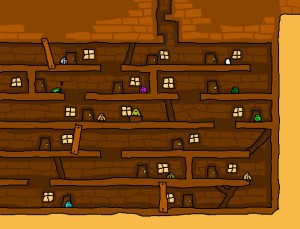 Every so often you’ll come across a section of a game with a diabolical course you must navigate to the end. At the end is an upgrade and be it health or ability, there’s always a catch: make it through the course without taking a single hit. Some of these courses aren’t so bad, but others are absolutely unforgiving and unreasonable in their difficulty requiring several retries if you’re new to this kind of difficulty. Be warned: these sections are not for the faint of heart.

Progressing through the game is an exercise in repetition and patience as you will frequently find yourself backtracking to areas to access secrets you couldn’t reach earlier. While this promotes the tried-and-true formula of exploration, the same backgrounds can get a little stale and this feeling is only doubled if you get lost. 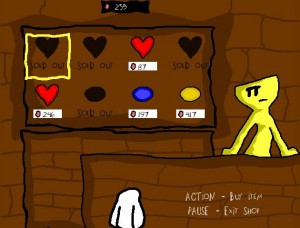 While An Untitled Story can be frustrating and a little overwhelming with the sheer magnitude of the game, there is a certain charm that stems largely from its visual style. At its core, the game is all about steady progression. Starting you out as nothing more than an egg, the visual style is evocative of juvenile and adolescent drawings. The feeling of child-like curiosity one experiences at such a young age is prevalent in this game as well, inviting you to explore but also warning you of the consequences and dangers of the outside world. This game is most certainly worth playing, but be warned, there is an unprecedented level of difficulty that those not of the “NES generation” may find absolutely infuriating. Don’t be fooled by its looks, this game is hard and it will test you.

An Untitled Story is available for download on TigSource and Matt Makes Games.