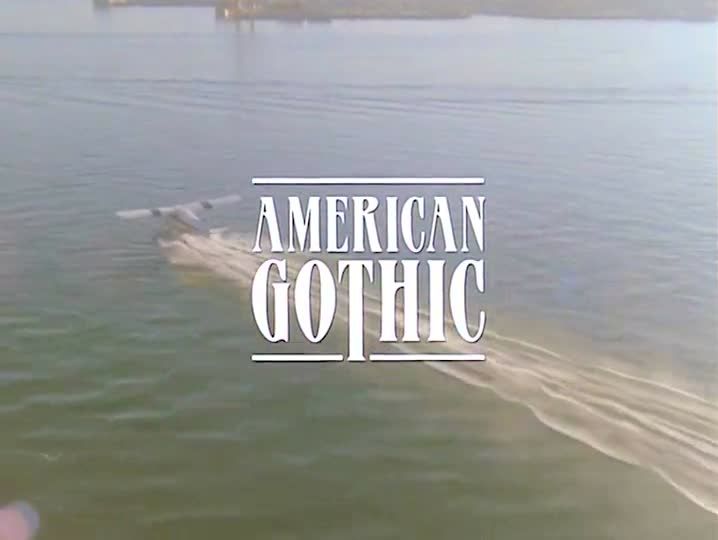 Culture clash is far from a new concept, and that of modern social norms vs those from yesteryear has also been used. Sometimes it’s as simple as a group cut off from the rest of civilization for a period of time, while society progressed (or regressed at time). However I’m usually not in the camp that insists modern day values have improved much and would triumph over old fashioned one. Granted we have improved much in gender and race equality, but a fair amount of other things have moved in the opposite direction. [break]

So since most directors realize a group of relatively youthful people would come off even worse trying to school the greatest generation, they usually make the antagonists somewhat crazy to begin with. If all else fails, they don’t need to blame traditionalism or religion… they just weren’t right in the head all along. 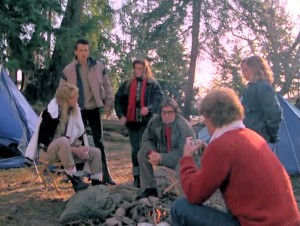 That leads us to our group of three couples of varying personality types. There’s the really nice ones, the grumpy ones, and the neutral pair that acts have some back story. The main woman in question needs to get away from it all since she left her baby in the tub to answer a phone call and it drown. This among many things makes the group as a whole hard to sympathize with, and most of the upcoming deaths are met with apathy. There’s really only one character that you feel bad for since he’s actually nice, but then is the first to go. It’s a common problem with a group of youthful people meeting their doom while on travel. I’d be tempted to lump it into the Car Ride Cliche group, but they are in their 30’s, the intro didn’t involve random characters, and they traveled by seaplane…so actually yeah there’s nothing that matches, but they’re still hard to root for.

Upon reaching the house in the woods, they wander on it, and go through all the residents’ belonging before getting caught. The lady of the house is rather nice, while the father figure is stereotypically stern. Throughout the movie, we are introduced to more characters, but usually after a long period were you think you’ve met everyone. It isn’t usually logical, since we’d figure there wouldn’t be much room to hide them. 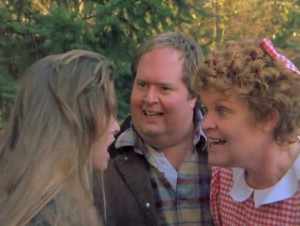 The first ‘child’ we meet is Fanny, who despite being in her 50’s, dresses like a little girl and cares for her mummified infant as a doll. Everyone is naturally in shock, despite the one guy who tries to be nice. The next morning, he goes for a walk and attempts conversation to smooth things over, but is rewarded with a swing set ride over the cliff into the ocean. Another ‘child’ shows up to help with the mischief, and this cycle continues until more of the original group is isolated and killed.

I won’t get into the ending, but a movie that just systematically kills off people until they run out, wouldn’t be entertaining, and they wisely avoid that, but the choice of conclusion raises a few more questions before time runs out, and they won’t be answered. Overall it’s a decent flick, and worth a watch. The characters in the traveling group aren’t as interesting, but the deranged family surely is.