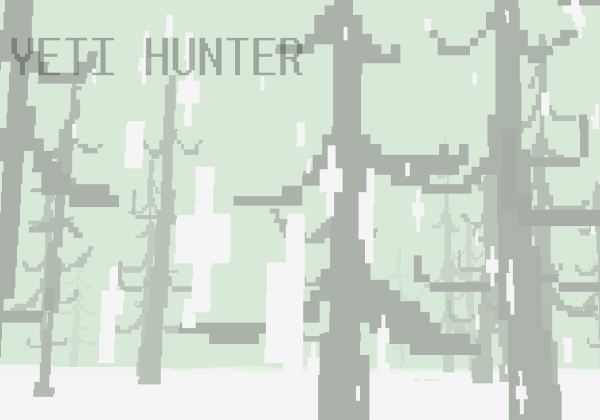 Yeti Hunter is an atmospheric game not for the light of heart. Much like the found footage genre of today’s horror movies, it relies on subtle concentration to achieve it’s most terrifying moments. You begin with no back-story or clue as to what is going on. Instead below you is a pool of what you hope is your blood, and then you’re off.

In each direction, hopelessness awaits. Each tree looks the same. There is no compass or sense of direction, but instinctively you start running in a direction, confident that your goal is nearly in site at all times. Dodging shrubs and circle strafing around trees least you accidentally climb one, your search is a frantic one, always second guessing what you see in the distance. 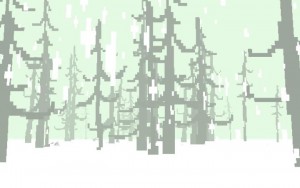 A palette of white is what you will mostly encounter, but don’t let that put you off. By bleaching field of view, with the exception of stray details, you begin to pick up on the slightest variance and anomalies in the distance. At times, you are sure there is a Yeti, lurking in the whiteness, but other times you just can’t be sure. As your fingers clutch your hunting rifle while perched atop the tallest try you found, one you may or may not have wanted to climb, darkness falls and visibility changes from a blinding blizzard to a landscape shrouded in darkness. You dare not return to the ground for fear of your own safety, but something urges you to push on. 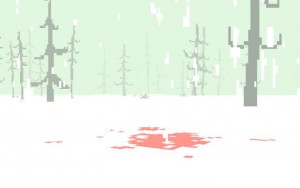 Then at last, you see the Yeti. You’re convinced that it isn’t just another bush, or tricks in your mind. You raise the crosshairs and aim into the distance. But within the dim line of vision provided by your optics, you see nothing. The moment it took to set up your shot, was long enough for it to escape. But you still feel its presence around you, always watching, waiting for your concentration to drop.

Hours later, you are still wandering. The drive to understand your place in life keeps you going, while instinctual urges for personal relief from your journey, fight at every turn. You almost give up and use the last bullet for yourself, when again in the distance, you see the Yeti once more. Convinced this is your last shot, you don’t waste the time lining up your sights. You run in its direction, never wavering, ever vigilant to avoid climbing a tree mid-sprint. The Yeti remains in your view, never closer, nor further away. It’s a stalemate, one that you slowly realize cannot be won. That battle will be as close as it ever will be as you dash through the wasteland of snow. 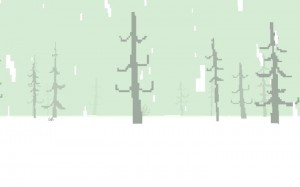 The question is not who will give up first, as you know inside that it will be you, but what does the Yeti want. It surely could have attacked, or ambushed you in the night. Perhaps it was in your mind all along. Or perhaps some things are just never meant to be caught.
Next Post
Previous Post
Next Post
Previous Post