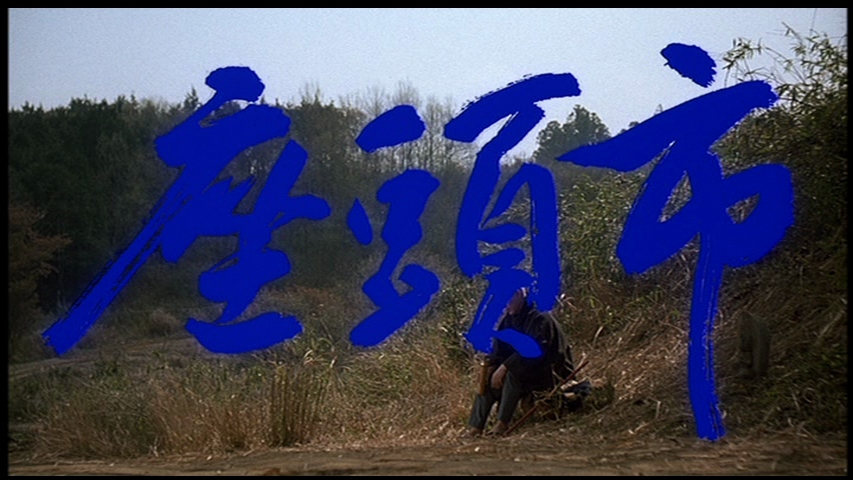 Much like James Bond, Zatoichi has endured several decades and his films are still being made and enjoyed to this day. As a blind vagrant who makes money gambling and giving massages, he doesn’t appear to be a threat. However, when faced with corruption and perceived injustice to the innocent, his cane, concealing a blade, is brought forth and bodies quickly pile up. Having never opened his eyes, he possesses an incredible sense of hearing and knowledge of his position relative to others; he is a fearsome opponent.

Takeshi Kitano attempts to revitalize the franchise by not only portraying Ichi, himself, but updating his look: red cane/sword, white hair, and blue clothing. As the story starts, Ichi has entered into a village where the weak are bullied for protection money from the local yakuza. Meanwhile, a traveling ronin named Hattori Genosuke (Tadanobu Asano) enters the same village, looking to sell his services as a skilled swordsman to pay for his ailing wife’s treatment. 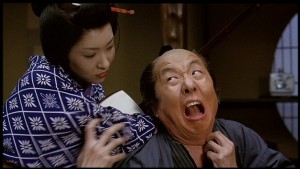 Fight scenes are frenetic and fast-paced with logical intervals of time in-between for plot progression and character development. Unlike typical Hollywood sword fights that are drawn out with metal clashing, katana swings are swift and decisive. A person either swings and hits or is parried and instantly killed. Ichi, portrayed as a humbled and docile man, is frightening and relentless when provoked. Despite possessing a capacity for mercy and empathy, he is absolutely malicious when handling those who commit injustice on the weak. Genosuke, the intellectual opposite of Ichi in some respects, is justifiably arrogant about his skills and though his intentions are noble, has no scruples about working for the “bad guys” to achieve a healthy outcome. 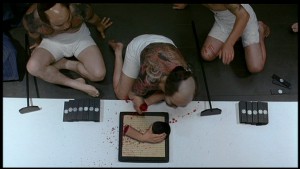 Throughout the course of the movie, we see an establishing shot of a rice field and a couple of workers constantly tending the land. Whether they are tilling the land or stomping out mud, there work falls in tune with a beat and a melody that sets up the score for the coming scenes. Music actually plays a very important role, weaving together scenes and giving the overall world around Ichi a sense of cohesion.

Gore in the film is frequent and gratuitous as seems to be common practice in a lot of Kitano’s films. In this particular film, the option to use CG blood was taken in order to stylize the violence. As a result, much of the savagery and brutality is lightened, and much like paint to canvas, the blood only serves to paint a tapestry of passion and fury. 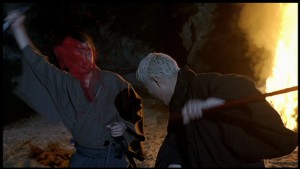 Zatoichi contains a deep and involving story with numerous arcs that I’ve only briefly touched upon. To go in-depth with the plot would require a longer review. Kitano’s interpretation of the legendary character is unorthodox to say the least, but the spirit and soul of the original rings true in his latest incarnation. Both action and plot blend together beautifully to create a story involving a man taking a stand against injustice, while another man desperately battles against his own tragic tale.