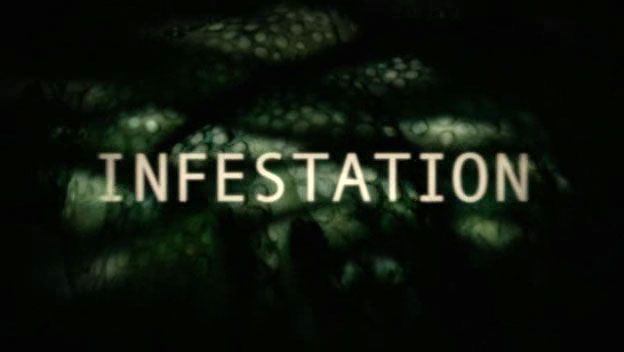 This was actually a pretty good movie. While attacking bugs scenarios have been done many times before, this movie does attempt to provide a new spin on the situation. Much like Shaun of the Dead, we’re presented with a slacker’s take on the events as he goes about his meaningless day and is thrown head-first into an apocalypse.

While it make lack some of the wit of Shaun, it does kick the action off within a few minutes rather than in the middle. For this, we are able to meet the cast and the collection of ever increasing alien bugs. While the characters consist of the traditional annoying/hope-to-die ones as well as genuine innocents, there are a few that stand out. The deaf guy plays similar to Lennie from Of Mice and Men. Except we don’t have quite as a horrific finale as with that book. In a rare exception to most movies, you actually want him and most of the cast to live. The ones you don’t care for end up as bug food early one, so kudos to the directors for that. 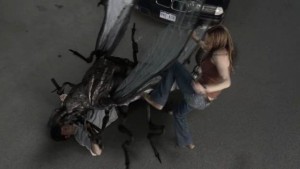 The bugs start off as large beetles, but then they throw a curve ball and introduce zombies, which of course is just awesome. Drones fly around the city and turn select people into harvesters by stinging them. After being stung and completing the metamorphosis, their job is to collect and return the wrapped victims to the hive where the queen can feed and lay more eggs.

So in addition to simply escaping with their lives, the slacker decides to finally do something meaningful with his life (and possibly get the girl) and head straight to the source in order to destroy the queen. In addition to the worker bugs, drones and zombies, they have to deal with rogue survivors and the flammable gas that they bugs release. 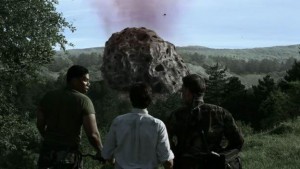 The movie is very clever and provides a lot of laughs. It knows that bug movies can’t be taken seriously, so they don’t bother. The mix between comedy and graphic death scenes somehow strikes a decent balance.