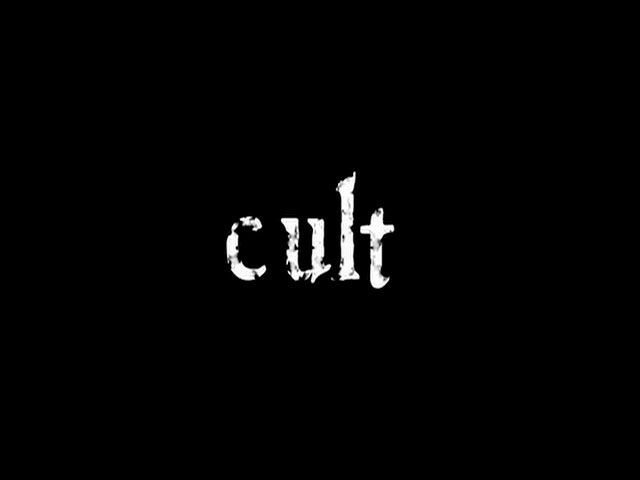 If you remove the ‘L’ from the title, you get Cut. Which as reviewed earlier, ended up being a generic slasher film, following the typical routes. This movie, despite being about an ancient Asian legend rather than a slasher come to life, can easily swap the plot around. One may think a plot would hinge on the theme, but hardly when every movie since nearly every movie in the past 15 years follows the same flow. Now we’re spared a car ride cliche, but it’s replaced with the school project cliche.

The school project cliche revolves around the ridiculous basis for students receiving college credit for doing some scooby-doo style investigation about a myth or legend. Often this is for a class of about seven students even though they don’t attend a small university where that would make sense. Somehow these students comprise the cream of the crop but still cross all boundaries and include slackers and jocks/cheerleaders. There’s always one student who takes it all seriously and is dead set on getting either extra credit, or the class is collectively assigned to a case that requires sleeping over in a haunted house. I have no idea how this passes the accreditation board, but perhaps the school just finished certification and can lower their standards again. 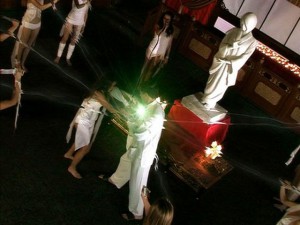 In Cult, a teacher is giving a lecture on some very obscure religious rituals. Not only is she educating, but in some ways acting as a spiritual adviser. In a purely non-denominational way of course. One student is planning on doing her thesis or semester project on an incident where a man killed a bunch of women in hopes of becoming immortal. The teacher warns her that it’s not a good idea, due mainly to the danger, rather than the fact that it doesn’t seem like a legitimate assignment to any rational person. 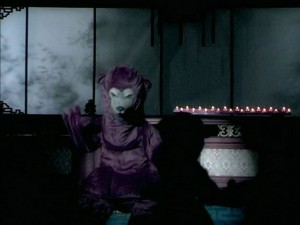 Seemingly just being interested in the case targets the group, and soon they start dying one by one. They try to pass it off as suicides since college kids can’t handle the stress, but to that one student, they all seem too closely related to the Asian legend incident. The loud flashbacks in her head also tell the same tale. All this doesn’t stop anyone mind you, as they keep pushing forward and start finding out how connected to the original event they all are. Not the original-original event, since they’re not Asian, but eh other incident inspired by the Asian legend, that later inspired the student’s quest. 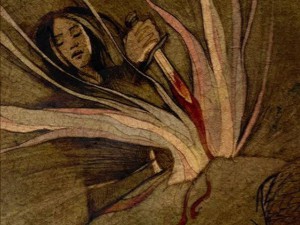