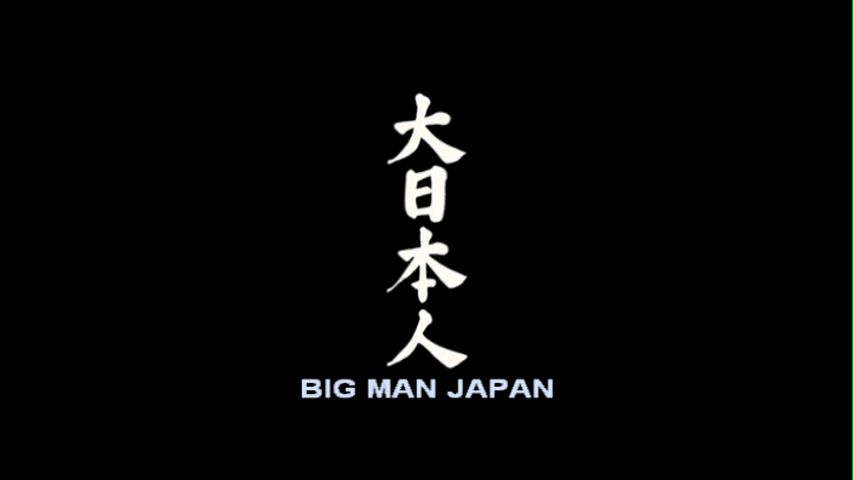 While the idea of monsters attacking Japan isn’t really a new idea, this movie certainly takes a different approach. First off, the monsters are ridiculous. They are all CGI based, as is the hero, but it isn’t meant to be 100% realistic so they in turn went the other direction and thought up the most bizarre creatures possible. Some examples are the farting squid, the eyeball throwing furry, and the rubber band creature with a comb over. 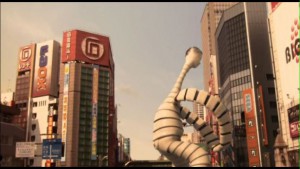 The story is portrayed as a documentary on the Big Man Japan. While major scenes are filmed traditionally while showing the action of the fights, most of the movie is interviews with hero while detailing his life and others connected with him. Despite his work defending the city, his personal life is completely the opposite. While his grandfather was a national celebrity, the current Big Man lives in a run-down house with his cat. His only true friend is his agent, who in reality is more interested in selling off portions of his back for advertising when he grows. His family consists of his grandfather who is in a nursing home, and an estranged wife and daughter whom he cannot see often since her mother doesn’t want her following the family line of business. 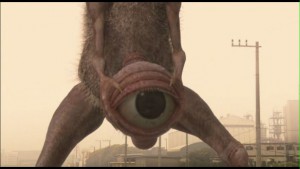 Between interviews, the Big Man is called upon to defend against the monsters that spawn in the city. Some are simple creatures that just want to make nests, others want to fight, while still others just want to be left alone but still won’t leave. Public opinion is pretty low for Big Man and matters are worse when his grandfather escapes in an attempt to relive his glory days. Things get worse when a baby monster who is helpless and only needs to get back to the suburbs appears and is promptly dropped by Big Man. 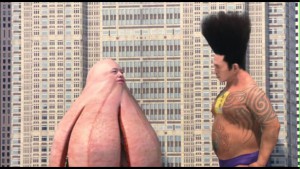 Despite public outcry, he tries to redeem himself, but things continue to get worse when a Devil Child shows up and proves to be the most difficult monster to battle. Most others had fairly obvious weaknesses like falling asleep when dark, limited mobility, or useless powers. 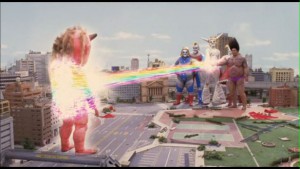 Big Man Japan ends up being a commentary on the futility of helping others. In the same vein as the phrase ‘no good deed goes unpunished’, Big Man gets little out of his life of service, and in fact loses much more than he gives. The glory days of public praise are no longer compatible with the current society, and most interest is either channeled into the advertising opportunities or the raw display of the battles. When Big Man loses his first battle to the Devil Child, people quickly mock him over his defeat. He ultimately comes to realize that little he does will matter in the end, but it does not stop his personal sense of duty.
Next Post
Previous Post
Next Post
Previous Post