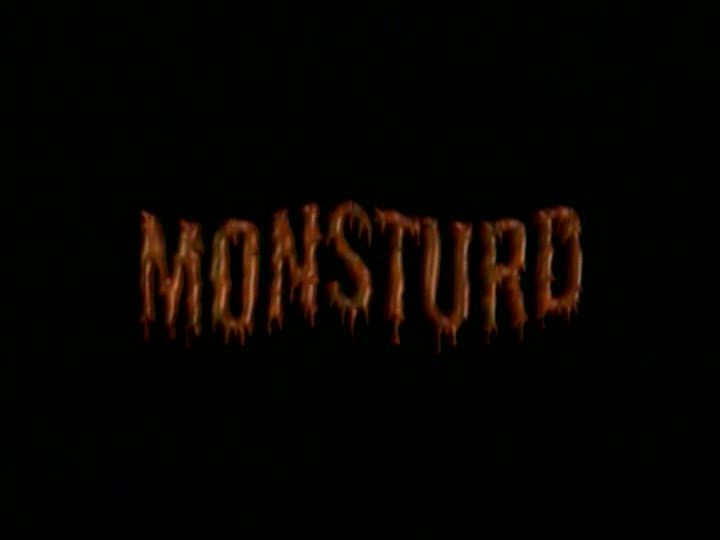 Choosing a favorite movie ever, has always been tough for me. Some can rattle it off, others lie because that’s a highly social-political chess move in life. For me, I usually have a steadfast movie/band/computer game, which is usually ‘good’ in all respects, but it ends up being more of a quick answer to a pointless question, rather than a true analysis of what being the best is. [break] 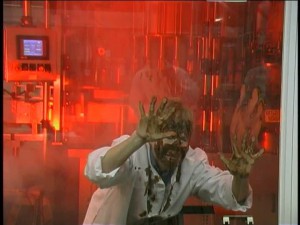 Case in point, my favorite band is Gravity Kills. Now I listened to them nonstop in high school. They were the first CD I bought in a Mall with friends. They didn’t have a second album until I graduated, and the third and final came out well after I had moved on to other industrial bands, then EBM, then Darkwave, when I realized I didn’t even like what I was listening to. I still throw on the old albums and hope there brief reunion concerts will happen more than once every few years, and maybe somewhat close, but it’s still my answer.

My favorite game is Commander Keen for much of the same reasons, and favorite movie is Goonies for just being awesome, but I don’t think I’m in the minority in that case. Trying to really dig down and figure out what makes a favorite movie just seems too complex, and will most likely be replaced shortly with a new one. 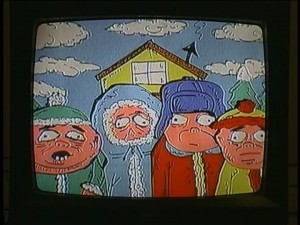 Now why have I spent three paragraphs talking about anything other than the movie at hand. I mean other than the fact that I’ve found doing simply plot synopses makes the way weaker entry. Well I feel like Monsturd might be my favorite movie. Now Goonies had many things working for it: pirates, kid wish fulfillment, sleepy town setting, humor, and an octopus dancing with a walkman. I’ve seen it several times, but still haven’t had the urge to buy the newer releases. VHS is as current as I go. Monsturd has the humor and general insanity, but for some reason, I actually want to watch it over and over. Any movie that I care to watch twice has to be something special, as I’m generally opposed to having to sit through something that I already have seen. It’s more that I know how things are going to progress and ultimately end, so what’s the point. Music I can do over and over to the point where 2-3 albums will dominate a year on end, but that’s a different medium.

Now this is going to be one of the more stupid things I write, but Monsturd gets the bathroom humor right. But aren’t toilet jokes just a cop out for actual humor? Well yes…usually. But Monsturd fills and entire with it, and it never seems to drag. I believe this is due partially to the very dry delivery and not jumping right on the easy jokes. Most of the characters are trying to seriously deal with what is probably the stupidest thing that has ever come their way. 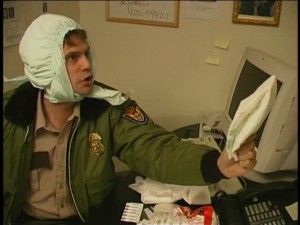 The two lead actors play a pair of cops responsible for the welfare of the community. However when a serial killer escapes and is transformed Jack Frost style into not ice but raw sewerage, he becomes a human poo bent on destroying the town through toilets and drainage canals. One memorable toilet scene involves a couple who isn’t in the rest of the movie, cleaning up the spare bathroom. It’s in a state of filth that actually doesn’t involve the monster at this point. The sheer gusto the man goes through unclogging the toilet had me in hysterics. Okay you just have to watch, hold on:

Try not to laugh; you can’t. See someone put effort into this. They had to consciously film and edit it, and at no point did they pause and ponder what else they could have been doing with their lives. It’s truly beautiful.

Now the movie does drag a little in the middle. They do an impressive job making the jokes fresh, but sooner or later the plot has to move on and build to a climax. And soon enough it does with a Chili cookoff no less. And where there’s chili, there’s bound to be toilets. This is where people are most vulnerable. So with adult diaper armor (and a brilliant gearing up montage) and some over the counter diarrhea medicine inside Super Soakers, they set off to do battle. 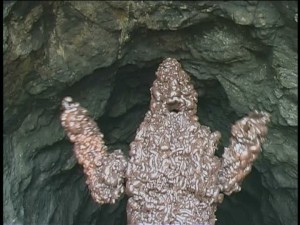 I did mention the likeness to Jack Frost, an early entry into the serial-killer-mutates-into-a-monster genre, and that movie pretty much jump started this site that I ignore. However while Jack Frost played the horror aspect a little strong yet wasn’t really scary, and Jack Frost 2 played the comedy aspect in turn but was only mildly funny, Monsturd boasts some witty but straight dialogue despite the premise. It knows the kind of movie that it is, plays it well, and most importantly, they don’t wink at the camera. That makes all the difference.
Next Post
Previous Post
Next Post
Previous Post