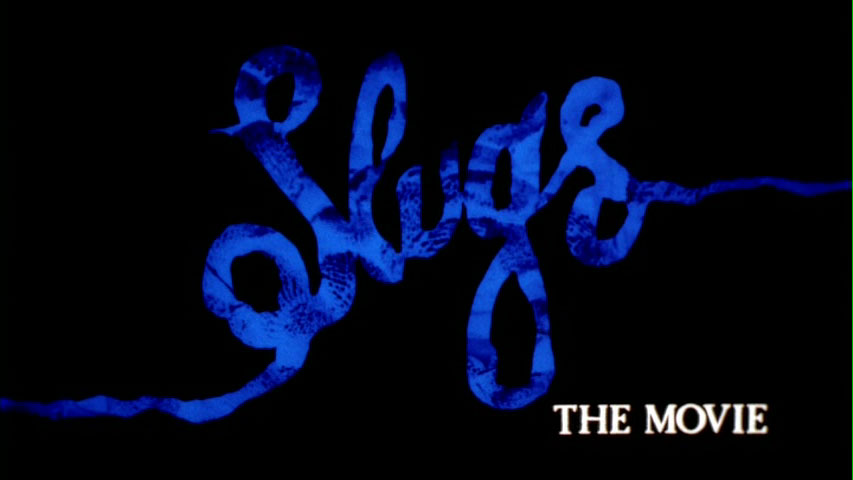 When you think of slugs, you probably don’t immediately think ravenous killers. Well you should, because they will kill you and not even feel bad about it.

Now while we haven’t been graced, at this point, with a modern release for Night of the Creeps, I suppose we’ll have to solely exist on this slug-based movie. Granted Aenigma had that perverse scene, but with snails not slugs. I mean they branch off at the Order Taxonomic level, there’s no comparison. 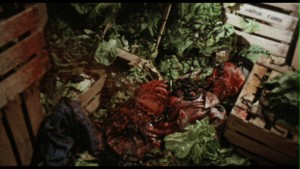 With the general assumption that slugs aren’t the fastest creatures around and are usually just slimy at worst, the movie needs to find ways for the slugs to kill despite those limitations. This is solved by letting the slugs multiply by crazy so they have strength in numbers. Once they get ahold of you, the slime allows for sufficient stickiness to do the job, but still doesn’t account for how they get to you in the first place. As it turns out, they’re a tricky bunch and will somehow appear in large quantities right where you about about it down, or fall, or begin gardening. 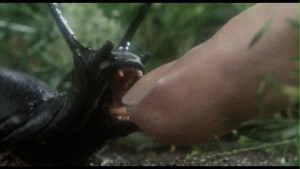 That takes care of all of the dodgy issues surrounding killer slugs, so now we can continue with the movie unencumbered by implausible details. The movie starts off with the killing off of a drunk, who by all movie standards is as expendable as they come. Next they move on to a gardener who gets bitten on his finger, so the only choice is to hack the hand off with a hatchet. This doesn’t work, so not only does he die, but gets to endure a severed limb in the process. I think later on he explodes, but that might be someone else. In any case I think it’s either irrelevant or important to the plot. 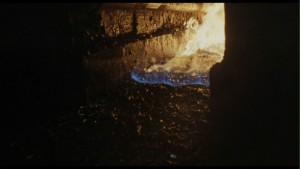 As the deaths pile up, the slugs are breeding in the sewers and about to reach critical mass. Something has to be done soon, but someone also has to find out about them too, which still hasn’t happened. But after one snaps at a guy in his front garden, they start connecting the faceless victims with the rogue slugs. A local scientist does some experiments involving dissection and using a microscope, then decides that burning/exploding them will probably be the best way to deal with them.

As far as 80’s creepy crawly movies go, this one is good. Cheesy of course, but a serious movie about killer slugs just would fall pretty flat. I think the snail biting scene pretty much sold me, but it doesn’t take a whole lot.